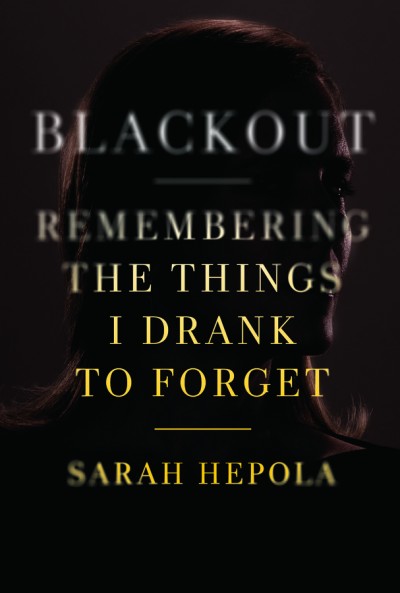 Blackout: Remembering The Things I Drank To Forget

For Sarah Hepola, alcohol was “the gasoline of all adventure.” She spent her evenings at cocktail parties and dark bars where she proudly stayed till last call. Drinking felt like freedom, part of her birthright as a strong, enlightened twenty-first-century woman.

But there was a price. She often blacked out, waking up with a blank space where four hours should be. Mornings became detective work on her own life. What did I say last night? How did I meet that guy? She apologized for things she couldn’t remember doing, as though she were cleaning up after an evil twin. Publicly, she covered her shame with self-deprecating jokes, and her career flourished, but as the blackouts accumulated, she could no longer avoid a sinking truth. The fuel she thought she needed was draining her spirit instead.

A memoir of unblinking honesty and poignant, laugh-out-loud humor, BLACKOUT is the story of a woman stumbling into a new kind of adventure — the sober life she never wanted. Shining a light into her blackouts, she discovers the person she buried, as well as the confidence, intimacy, and creativity she once believed came only from a bottle. Her tale will resonate with anyone who has been forced to reinvent or struggled in the face of necessary change. It’s about giving up the thing you cherish most — but getting yourself back in return.

“You don’t need to be a reformed problem drinker to appreciate Hepola’s gripping memoir about the years she lost to alcohol-and the self she rediscovered once she quit.”
People, “Summer’s Best Books”

“Alcohol was the fuel of choice during Hepola’s early years as a writer, but after too many nights spent falling down staircases, sleeping with men she didn’t remember the next day, and narrowly surviving countless other near disasters, she fought her way clear of addiction and dared to face life without a drink in hand.”
O Magazine, “The Season’s Best Biographies and Memoirs”

“It’s hard to think of another memoir that burrows inside an addict’s brain like this one does.”
Entertainment Weekly (grade: A)

Sarah Hepola is the personal essays editor at Salon.com, where she reads people’s secrets for a living. She has written many stories about drinking and eating too much. Her essays on culture have appeared in the New York Times magazine, The New Republic, Glamour, The Guardian, Nerve, Slate, and The Morning News, where she has been a contributing writer for more than a decade. Her past jobs include: Travel columnist, music editor, film critic, sex blogger, and for about 15 seconds in the late ’90s, she taught high school English. She lives in East Dallas, where she enjoys playing her guitar poorly and listening to the “Xanadu” soundtrack. “Blackout” (Grand Central) is her first book.