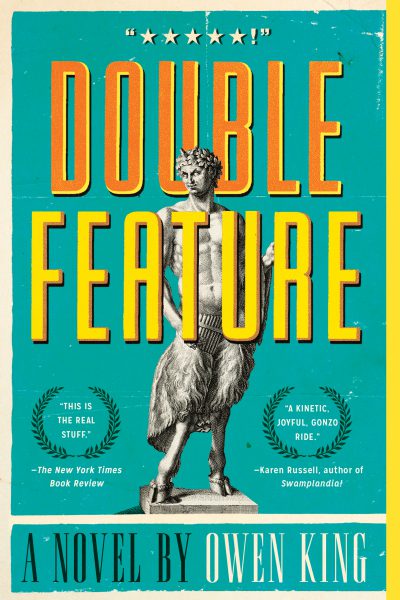 An ambitious and warmhearted first novel (Entertainment Weekly) from Owen King, the epic tale of a young man coming to terms with his life in the aftermath of the spectacularly bizarre failure of his first film.

Sam Dolan is a young man coming to terms with his life in the process and aftermath of making his first film. He has a difficult relationship with his father, B-movie actor Booth Dolan, a boisterous, opinionated, lying lothario whose screen legacy falls somewhere between cult hero and pathetic. Allie, Sam’s dearly departed mother, was a woman whose only fault, in Sam’s eyes, was her eternal affection for his father. Also included in the cast of indelible characters: a precocious, frequently violent half-sister; a conspiracy-theorist second wife; an Internet-famous roommate; a contractor who can’t stop expanding his house; a happy-go-lucky college girlfriend and her husband, a retired Yankees catcher; the morose producer of a true-crime show; and a slouching indie-film legend. Not to mention a tragic sex monster.

Unraveling the tumultuous, decades-spanning story of the Dolan family’s friends, lovers, and adversaries, Double Feature is about letting go of everything – regret, resentment, dignity, moving pictures, the dead – and taking it again from the top. Against the backdrop of indie filmmaking, college campus life, contemporary Brooklyn, and upstate New York, Owen King’s epic debut novel combines propulsive storytelling with mordant wit and brims with a deep understanding of the trials of ambition and art, of relationships and life, and of our attempts to survive it all.