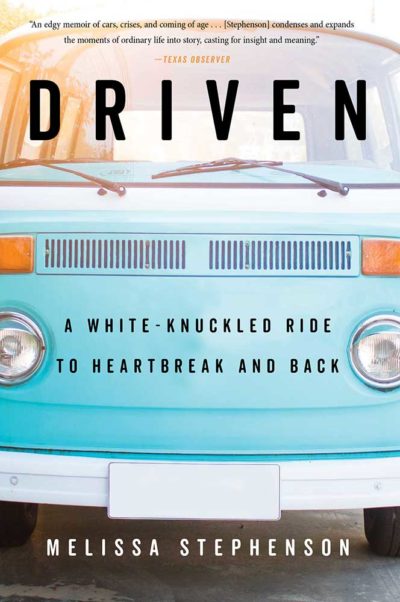 For fans of Wild, a searing memoir about one woman’s road to hope following the death of her troubled brother, told through the series of cars that accompanied her

Growing up in a blue-collar family in the Midwest, Melissa Stephenson longed for escape. Her wanderlust was an innate reaction to the powerful personalities around her, and came too from her desire to find a place in the world where her artistic ambitions wouldn’t be thwarted. She found in automobiles the promise of a future beyond Indiana state lines.

From a lineage of secondhand family cars of the late ’60s, to the Honda that carried her from Montana to Texas as her new marriage disintegrated, to the ’70s Ford she drove away from her brother’s house after he took his life (leaving Melissa the truck, a dog, and a few mixed tapes), to the VW van she now uses to take her kids camping, she knows these cars better than she knows some of the people closest to her. Driven away from grief, and toward hope, Melissa reckons with what it means to lose a beloved sibling.

Driven is a powerful story of healing, for all who have had to look back at pain to see how they can now move forward.