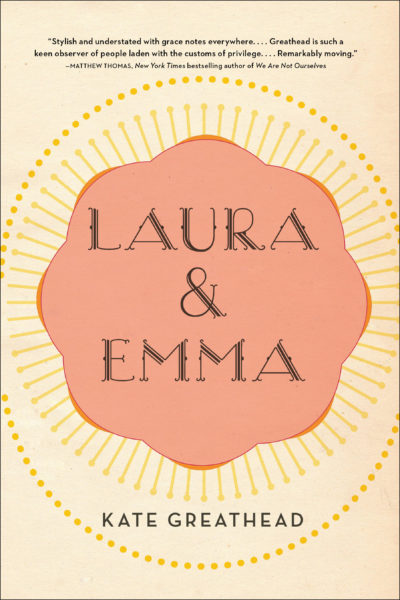 A tender, witty debut novel about a single mother raising her daughter among the upper crust of New York City society in the late twentieth century from a nine-time Moth StorySLAM champion.

Laura hails from the Upper East Side of Manhattan, born into old money, drifting aimlessly into her early thirties. One weekend in 1981 she meets Jefferson. The two sleep together. He vanishes. And Laura realizes she’s pregnant.

Despite her progressive values, Laura raises Emma by herself in the same blue-blood world of private schools and summer homes she grew up in, buoyed by a host of indelible characters, including her eccentric mother, who informs her society friends and Emma herself that she was fathered by a Swedish sperm donor; her brother, whose childhood stutter reappears in the presence of their forbidding father; an exceptionally kind male pediatrician; and her overbearing best friend, whose life has followed the Park Avenue script in every way except for childbearing. Meanwhile, the apple falls far from the tree with Emma, who begins to question her environment in a way her mother never could.

Told in vignettes that mine the profound from the mundane, with meditations on everything from sex and death to insomnia and the catharsis of crying on the subway, a textured portrait emerges of a woman struggling to understand herself, her daughter, and the changing landscape of New York City in the eighties and nineties. Laura & Emma is an acutely insightful exploration of class and family warfare from a new author whose offbeat sensibility, understated wit, and stylish prose celebrate the comedy and pathos that make us human.